Opening to the public

By January 2017, the final version of The Enemy was almost ready. The opening to the public was scheduled for May at the Arab World Institute in Paris. There were still many adjustments to make and some unknowns about the equipment we should use.

Backpacks dedicated to free roaming in VR had just been released, which was great news. These devices, produced by MSI, are powerful and lightweight computers that can easily be carried on your back. They are equipped with batteries that can be recharged and switched for every new session.

We took over the Arab World Institute three weeks before the opening. All the cameras were installed and the full-scale tests could begin. It was around this time that we received the new active Optitrack system. It made it much easier to detect users. Just in time indeed!

On May 15th, 2017, everything was ready. Three years of work were coming to fruition. The Enemy was going to open to the public, with 20 participants every hour. Under the direction of our project manager Didier Mayda, our developers Karim Guennoun and Clément Barbisan (who took over from Vincent Ponsort, Nolwenn Bigoin and Charles Taieb) worked until the very last minute to make all the final adjustments.

And it’s with great pride that we saw the system operate so smoothly for two weeks! The occupancy rate and feedbacks from participants were unequivocal. The goal had been reached: the combatants’ message was clearly conveyed to the visitors, who came away extremely touched.. 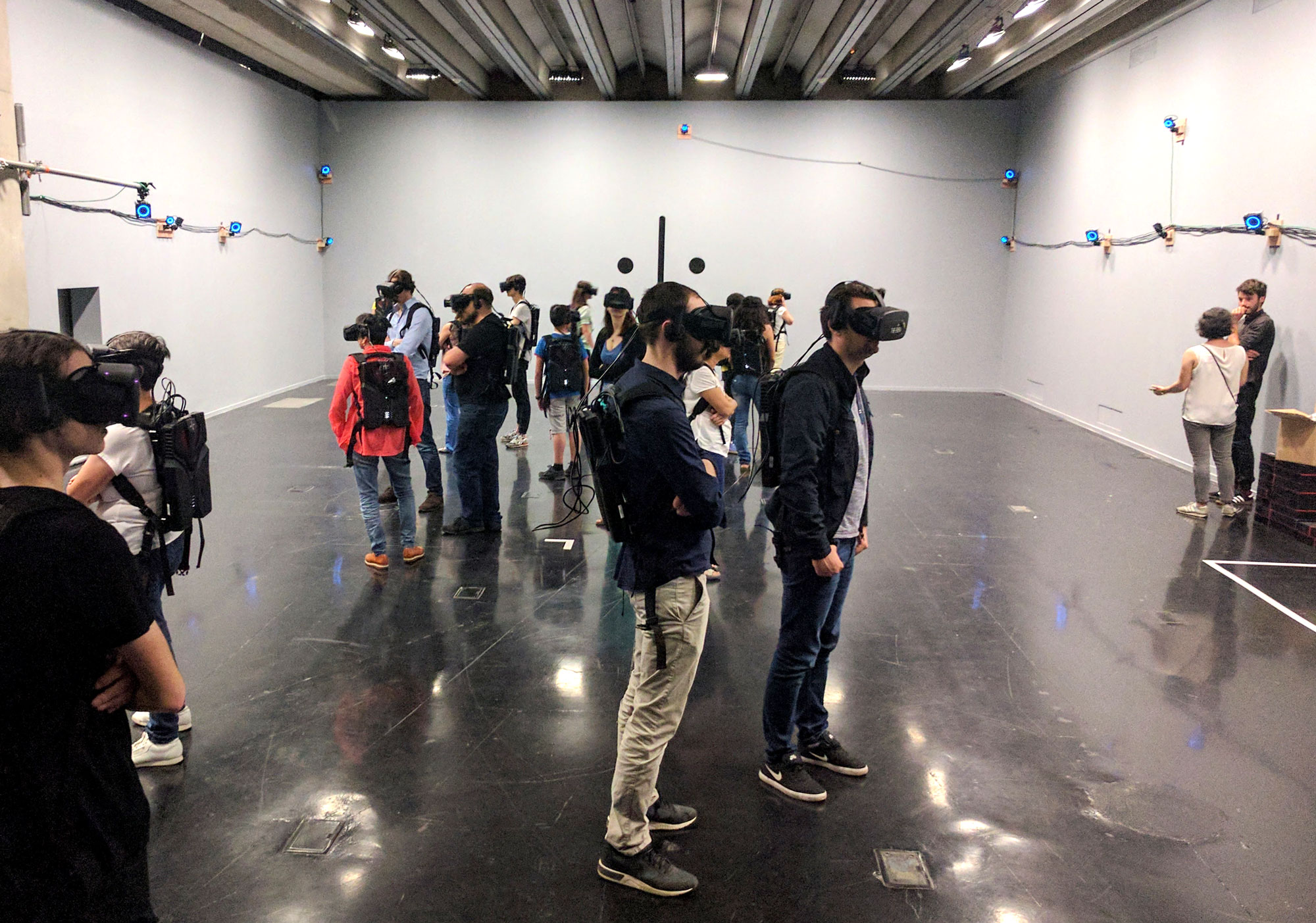 Opening of The Enemy at the Arab World Institute in Paris

Since its opening at the Arab World Institute, The Enemy has travelled the world: Tel Aviv at the Israel Film Fest, Boston at the MIT Museum in late 2017, the Centre Phi in Montreal in early 2018, and the Geneva Film Festival in late 2018. The experience has received several awards, including the Rose d’Or of Berlin.

An augmented-reality version has also been developed by Dpt, based on the virtual combatants created by Emissive.

The specificities of a lengthy development time

The production of The Enemy was characterised by a particularly long development time: three years! In our sector and our experience, this is a first. We are used to schedules of up to one year. In this case, the timescale is mainly due to the project’s subject matter: finding and interviewing combatants in conflict areas can be very time-consuming.

During this period, technology has improved, which turned out to be an advantage for the most part. For instance, free-roaming equipment arrived on the market just in time for our public operation. Specific solutions, such as photogrammetry software or better cameras, have enabled us to be more efficient when capturing images in the field.

Another example is the development of The Enemy with the Unity platform, which has evolved significantly over the past three years. Their network component has been completely redesigned as well as their lighting management. This led to a much better and more reliable final result, even though we had to completely redesign some parts of the project from scratch.

These evolutions, and long projects in general, are difficult to manage. Indeed, budget discrepancies are very likely due to unforeseen events.

Team management is another aspect to consider. Several developers succeeded one another at Emissive to work on The Enemy. Ensuring continuity in the programming from one developer to the next is a highly time-consuming process. And predictably, the longer the project, the higher the risk the team changes over time.

Similarly, we had a lot of artistic work to do following our trips to conflict areas and the gathering of new source materials. Then, once we had modelled the combatants, we had to assign artists to other projects in the smoothest way possible to avoid unnecessary expenses.

Our vision for the project also evolves over lengthy development times. It can be tempting to alter initial plans. Although we didn’t have any radical change, we did make many small additions and step backs. This inevitably impacts the overall budget, but it is all worth it when you see the final result!

Finally, there was a chance that the conflicts depicted in the experience could evolve over those four years, which would have rendered our content obsolete before launch. The Enemy is a journalistic experience that may seem rooted in the news cycle, but I believe it is designed in such a way that it won’t fall victim to obsolescence by delivering a universal and timeless message. And by contributing to potentially ending conflicts, its goal is paradoxically to become a “historical” experience rather than an experience based on current events. Only time will tell!

The global tour of The Enemy continues! More and more participants are meeting our six combatants, learning about their lives in these conflicts, and gaining perspective on themselves and the world as a whole.

It is immensely rewarding to work on a project that has the potential to make a real difference, and give the world a little more humanity. We are extremely proud to have conducted such a massive production process thanks to a very talented team and exceptional partners.

With this project, we believe we have created a new way to consume information that can significantly impact and involve audiences beyond traditional media.

The future of entertainment

I am absolutely convinced that this new medium – virtual reality used in free roaming and in a group – will become a major means of consuming entertainment content on par with cinema, theatre and exhibitions.

With The Enemy – one of the first experiences of its kind – we’ve explored how such installations are produced, designed and operated. And most importantly, we’ve been able to demonstrate their feasibility and sustainability.

In this regard, many issues were raised and then overcome: users flow, density, collaboration, understanding, storytelling adapted to this medium… And as technology evolves, the impact and immersion of such experiences can only increase! 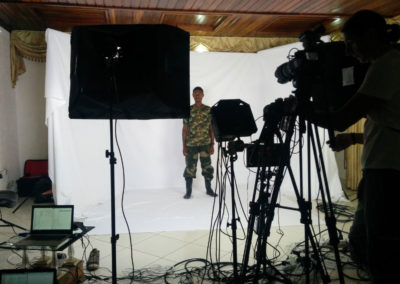 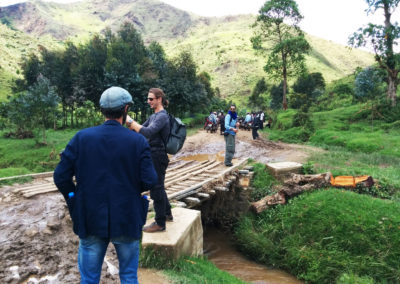 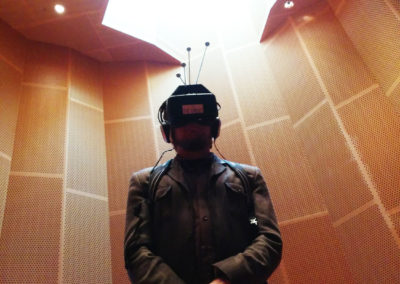 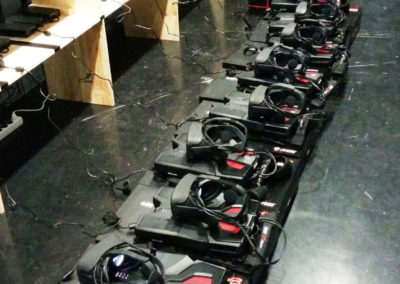 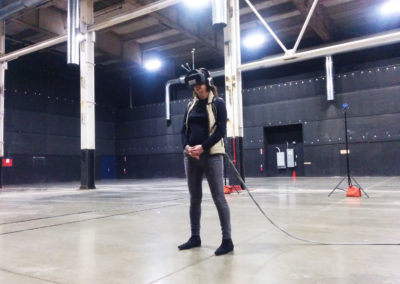 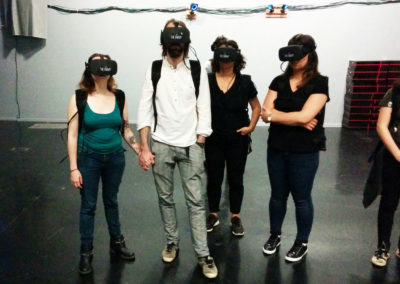 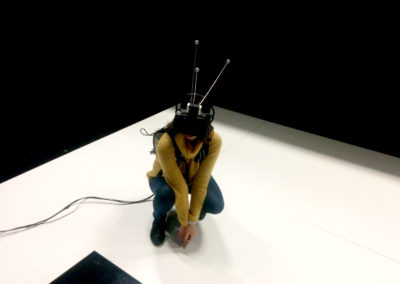 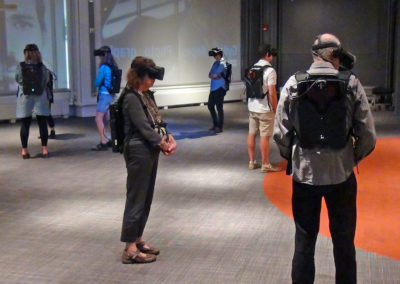